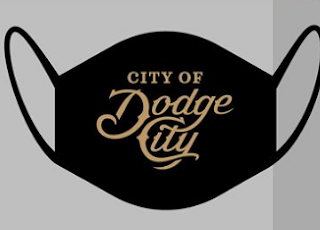 When face coverings started to become mandatory back in April people were under the impression that it would be temporary. That's because they were told that. At first it was voluntary because after all this is still America. Most people resisted it. Then after a month of  nonstop headlines about about 100,000,000 cases and we're all going to die unless we listen to Dr. Fauci mask wearing became mandatory.

Nine months later... No wonder they're on edge.

A Kansas mayor has resigned following backlash to comments she made in a USA TODAY story in support of a mask mandate in her city.

“I understand people are under a lot of pressure from various things that are happening around society like the pandemic, the politics, the economy, so on and so forth, but I also believe that during these times people are acting not as they normally would," Warshaw said.

She's right about it not being normal times. Who would of ever thought that America would destroy its own economy in order to save 1-5% of the population from dying of the flu. COVID-19 restrictions are socially isolating people. Drug and alcohol use has gone up, depression has skyrockted and suicides continue to rise.

The vaccine was suppose to end all this. Then we're told that the vaccine won't stop transmission, only mask symptoms. A day after the vaccines arrived we're told the virus mutated meaning the vaccines are useless and we'll probably need a series of new vaccines. Dr. Fauci and other 'experts' are telling Americans they will still have to wear their mask and social distance for another sixteen months even after taking the vaccine.

Lastly, they witnessed massive fraud in the 2020 presidential election. It was so obvious that even mainstream people have become convinced that democracy no longer exist. That there vote doesn't count.

"We just felt like we had to do something so everybody was aware of how important it was for everybody to be responsible for each other’s health and well-being,” Warshaw was quoted in the USA TODAY

There's no evidence that mask protect people's health. They can't prove it so they just repeat this lie over and over again. Its a form of psychological conditioning. Besides, if they cared about people's health and well being they would end these restrictions.

The commission passed a mask mandate on Nov. 16 after more than 1 out of every 10 county residents had contracted the virus.

Then she cried. Apparently she is the victim here.

“This is harder for me than people realize,” Warshaw said as she began to cry. “I really love this city with all my heart. I still believe in this city and I believe in their ability to not harm one another.”

This wasn't the first time something like this has occurred and probably won't be the last. Its good to know that police will form a joint task force along with the NSA, CIA, FBI, DHS to track down every last e-mail, phone call and text made to the good Mayor by her loyal constituents.

Police are looking "into the substance of the communication to determine an appropriate course of action," Dodge City Police Chief Drew Francis said of alleged threats against Warshaw.

DISCLAIMER: I don't condone violence or threats of violence.