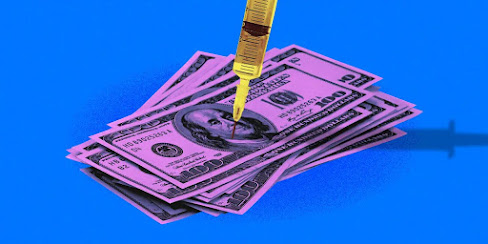 The idea of only giving stimulus checks to those who received the experimental COVID-19 vaccine was floated by a Republican congressman this week. Actually, the proposal had been introduced last year when it became obvious that many Americans didn't plan on taking the shot. Now people are being offered free marijuana if they take the vaccine.

One Republican Congressman says instead of sending stimulus checks to every qualifying American, direct payments should go to people who receive the coronavirus vaccine.

“I hope the administration will look at that option because we actually buy something with our $1,400 — and that’s herd immunity,” said Rep. Steve Stivers (R., Ohio) in an interview with Yahoo Finance Live.

His logic is that the vaccine will achieve herd immunity which means life can go back to normal. Basically its just these ignorant anti-vaxxers who are preventing life from returning to normal. 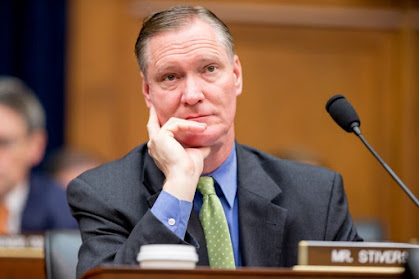 “The quickest thing we need to do if we really want to help the American people, is get this economy turned back on — get people back to work, get kids back in school, get ourselves some herd immunity, get the vaccine distributed as quick as we can and get the uptake rate up. That's why I'd be willing to accept a $1,400 stimulus check if people are willing to take the vaccine.”

The same logic is being applied in Michigan where dispenseries are offering free weed if you take the experimental jab.

To help encourage Michiganders to get vaccinated against COVID-19, a local marijuana dispensary is offering a "Pot for Shots" promotion.  Anyone who brings in written proof that they received a COVID-19 vaccine to the Greenhouse of Walled Lake will get a free pre-rolled joint, the dispensary says in a press release.

"Our goal is to raise awareness of the importance of getting the COVID-19 vaccination as we as a community battle this horrible pandemic," owner Jerry Millen says in a statement. "'Pot for Shots' is our way of showing our commitment in assisting helping the community get back to normalcy. We support the safe and responsible use of cannabis and hope this is the beginning of the end of this insidious pandemic."

Sorry guys but as the Moderna CEO said, "COVID-19 will stay with the world forever."

It doesn't matter though because the $1.9 trillion relief plan was just passed and people will get $1,400 no strings attached. But in the dystopian future that awaits us we will be dependent on a Universal Basic Income. It will be enough to barely get by and definitely not enough to live a long healthy life or support a sustainable family. That's the point.

Before we enter that brave new world the economy needs to die some more. This is the point of the COVID-19 plandemic. A massive transfer of wealth from the middle class to the elite class in order to disempower them. Create a two class system. Rich and poor like the good ole days in Europe. That means desperate people who have no jobs, no income and are willing to do whatever you tell them in order to survive.

No doubt these perpetual stimulus checks to ordinary Americans is a prelude to what is coming. Pushing the idea that people shouldn't be eligible for life sustaining money unless they ________fill in the blank is another prelude.

Getting sterilized in order to receive welfare payments has already been done. So you can use your imagination as to how this method could be used for  a UBI. Stop driving to reduce CO2 or lose your UBI, Agree to be euthanized at the age 50 or lose your UBI, Stop eating meat or lose your UBI, Your UBI is reduced for every child you have. Agree to be implanted with a microchip or lose your EBI. Get the picture. The demands will never end.

The purpose behind the stimulus check is to stimulate the ailing economy. In hopes that it will rebound like it was before the COVID-19 lockdowns. But it won't because that's not part of the plan. The plan is imposed austerity on the 99% in the name of combating climate change. (Another hoax) You will pay more, consume less and the elites will maintain their wealth as you barely survive. My guess is that a Carbon Tax would fund the global government which would run the UBI system.

The mechanics of how exactly a UBI or Carbon Tax system will play out is not the point of this article. Things are bad. They are going to get alot worse as time drags on. Americans are being acclimated to comply with very strict mandates in order to operate in society. They are being acclimated to depend on the government for their survival. They are also being acclimated to accept terms for their stimulus payments. Terms that they would otherwise not accept unless they were desperate. This will all be tied into the social credit system. Not accepting whatever the terms may be will also damage your social credit score.