Something that I noticed during the eight years of Barack Obama's reign was the crazy amount of mass shootings, murder suicides and terror attacks that occurred. A few events that come to mind were the Sandy Hook and Colorado theater shooting. Immediately afterwards the media saturated the coverage with the same opinions to create the narrative that we need more gun legislation. Usually nothing became of it and guns sales would go through the roof. My personal opinion is that the state and federal governments are not afraid of Americans owning firearms. It gives them the illusion that they still have freedoms.

It must said that since fake president Biden took office these mass shootings and murder suicides are a normal thing again. I remember from 2009-2017 it was normal to open up my homepage and see 'mass shooting' or terrorist attack headlines on a daily basis. 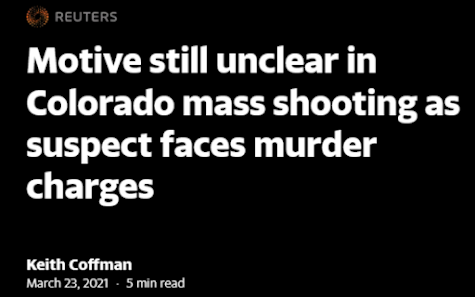 Do I believe that Joe Biden is personally responsible for the recent onslaught of mass shootings in the United States? Of course not. But there is a correlation nonetheless. The terror attacks can be easily explained and are not my focus in this article.

1) Obama supported regime change warfare by funding/ training/ supplying muslim terrorist in the middle east to destabalize a country/area and replace the fallen leader with an approved western backed puppet.

2) These wars displaced people and created the 'refugee crisis' where hundreds of thousands, maybe millions of these traumatized people who already hated the evil empire were now living there. No doubt there was gonna be trouble. Knowing that western governments have funded terrorist groups abroad and agencies like the FBI and CIA have infiltrated domestic groups, radicalized them, supplied them with training and weapons and then set them up is all I need to know.

MK Ultra was a real program run by the CIA.

Project MKUltra (or MK-Ultra) is the code name given to a program of experiments on human subjects that were designed and undertaken by the U.S. Central Intelligence Agency (CIA), some of which were illegal. Experiments on humans were intended to develop procedures and identify drugs such as LSD to be used in interrogations in order to weaken the individual and force confessions through brainwashing and psychological torture. The project was organized through the Office of Scientific Intelligence of the CIA and coordinated with the United States Army Biological Warfare Laboratories. Other code names for drug-related experiments were Project Bluebird and Project Artichoke.

The operation was officially sanctioned in 1953, reduced in scope in 1964 and further curtailed in 1967. It was officially halted in 1973. The program also engaged in illegal activities, including the use of U.S. and Canadian citizens as its unwitting test subjects, which led to controversy regarding its legitimacy.

Wikipedia is obviously not the greatest source, but the fact that they can't easily dismiss it as conspiracy theory makes it indisputable. The government (which is not of the people) along with private corporations have been experimenting on people for decades. That's a fact. Do you think the MK Ultra programs really ended in 1972?

1968 was the year Robert F. Kennedy was shot and killed by Sirhan Sirhan. His lawyer claims he was brainwashed. RFK Jr. believes there was a second gunmen. There was obviously something going on there.

My point is that given the right circumstances people who would otherwise not murder can be conditioned to do so.

Many of my long time GGN viewers have heard me discuss topics on mind control, chemtrails and wi-fi/ cell towers. Now you have a more powerful 5G that is more widespread pulsing through the air.

Barrie Trower is an expert in the field and has been warning people for years.

Ingredients in the aerosols(ie chemtrails) which include nanofibers are introduced into the human bloodstream/brain and interact with the cell/wi-fi towers that are transmitting waves of ELF energy fields. Most programs that people watch on high definition TV or stream on their smart phones are highly weaponized. They can trigger certain thoughts and emotions. In other words, someone in a bad relationship can be pushed over the edge to the point of going and killing their spouse and child. And then they're like,"what the hell did I just do" and kill themselves.

Many people are on some form of pharmaceutical or recreational drug and have had years of brainwashing. And many of the prescription drugs are for mental disorders such as anti-depressants, anti-psychotics, anxiety, depression. Many of the famous mass shooters were found to be on SSRI's.  All of these drugs have side effects.

They interfere with the signals in your brain and have the ability to flatten your emotions. Just check out the above photo of James Holmes, the person who dressed up as the Joker and supposedly shot a bunch of people in a movie theatre.

Now you have people getting experimental Covid-19 vaccines that are injecting synthetic RNA into their bodies and altering their DNA by tricking their cells into forming antibodies.

You have to take all of this into consideration when asking yourself,"what's up with all these mass shootings?"

Geo-engineering, the spraying of aerosols into the atmosphere (ie chemtrails) is used for different reasons: military applications, weather modification, behavior modification and possibly population control. No matter who gets elected they keep spraying. It never stops. And the ELFs (Extra Low Frequencies) never stop pulsing through your body.

With the right combination of chemicals in the aerosols and frequency being emitted from the cell/ wi-fi towers it is possible to modify people's behavior. You can make them anxious, agitated, angry and violent, sad/ depressed, suicidal or passive. People who are reading this article and are already aware of this stuff are less prone to succumb to this manipulation.

People who have floated through life never questioning anything and who have accepted their programming are more prone to trust authority, are more prone to be fully saturated with entertainment, drugs, smart phone radiation/ELFs, mentally/ physically weak and will be more easily manipulated. Their guard is down.

In this case knowledge is power. Aside from never going outside you can't prevent inhaling materials sprayed into the atmosphere unless you stop breathing. And you can't shield yourself from being bombarded with microwaves. But you can avoid watching most modern entertainment and avoid anything that is broadcasted on television. You can try to live in a rural area with less wi-fi, but that's the point of 5G. They want every inch of space being pulsed and under surveillance. You can mediate, pray, exercise and stay healthy. Mind/Body/Soul. You can avoid almost all pharmaceutical drugs and vaccinations. Avoid genetically modified foods/drinks. Only use that smartphone when you really need it. And then turn it off.

And no I don't believe that 5G caused the COVID-19 plandemic. That's typical misinformation put out by psychological operations units within the government to discredit anyone trying to have a real discussion about the adverse effects of being exposed to 5G. Its a legitimate concern. We didn't ask for 5g and now we are living with it. We are the test subjects much like the experimental COVID-19 vaccines. And 20-50 years from now after censoring everyone who tried to warn us, after people have gotten cancers and died or those who are now sterile and can't have children, government 'experts' will finally release reports that they were harmful to people's health.

Anyways, I've been meaning to get this article out but fortunately and unfortuantely more and more of these mass shootings and murder suicides have been occurring making my case even more relevant.

Sometimes there's a motive. Usually for gun control. Other times its just collateral damage. A side effect of living in The Technetronic Era. 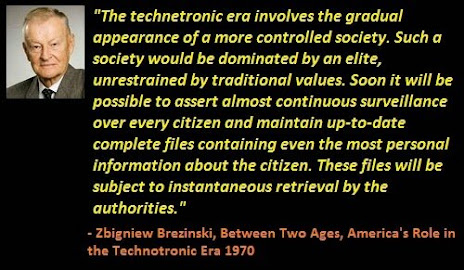