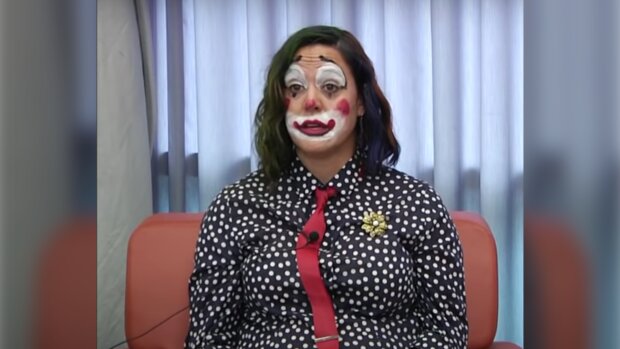 The COVID-19 vaccine will not help prevent you from being infected with COVID-19. It will only mask the symptoms. It sounds counter-intuitive because that's why people are told to take the experimental vaccine...To flatten the curve, to decrease the spread and build herd immunity.

But this is clown world where lies are truth, up is down and right is wrong.

Eight nursing home workers in Stralsund received five times the normal dose of the Pfizer-BioNTech coronavirus vaccine, sending half of them to the hospital with Covid-19 symptoms – but the company insists the megadose is safe.

A group of care home employees in the northeastern town of Stralsund was accidentally dosed with five times the prescribed amount of Pfizer-BioNTech’s newly approved Covid-19 vaccine on Sunday – the first day Germany began vaccinating healthcare workers and nursing home residents against the virus.

Four of those were hospitalized as a “precautionary measure” after experiencing flu-like (and Covid-19-like) symptoms, Vorpommern-Rügen district administrator Stefan Kerth revealed on Monday.

I wrote yesterday about the extra doses of the Pfiezer vaccines that were sent out. I guess this what they they did with them. Its reassuring to know that this was only an 'accident' and not something more sinister.

“I deeply regret this incident,” Kerth told reporters, expressing “hope” that “those affected suffer no serious side effects.” 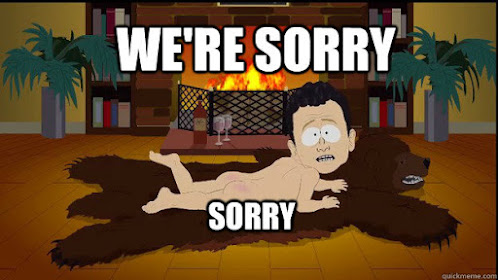 The good news is that this 'accident' allowed for further research.

While the prescribed dose for Comirnaty is just 30mcg, a spokeswoman for BioNTech insisted researchers had experimented with “increased dosages” during clinical trials and found doses of as much as 100mcg were tolerated without “serious consequences.”

However, five times the normal dose would be 150mcg, half again as much as a 100mcg overdose, and it’s not clear if any of the clinical trials had tested such high doses.

Who better to test these vaccines on than the old, frail and sick in elderly homes. Because they have the best chances of bouncing back after experiencing severe side effects from an experimental vaccine. You can't make this stuff up.

In Canada outbreaks are occurring in elderly homes after people were vaccinated.

MONTREAL — A growing COVID-19 outbreak in the first Quebec long-term care to receive Pfizer's vaccine is not a reason to question the shot's efficacy, an infectious diseases expert said Wednesday.

As of Tuesday, there were 123 active cases of COVID-19 at the CHSLD Saint-Antoine in Quebec City, up from 98 cases two days earlier. The residence, which began vaccinating residents on Dec. 14, has reported 12 deaths from the disease during the pandemic's second wave.

Local health authorities indicated on Tuesday that at least some of those who were infected had tested positive after receiving the vaccine.  Benoit Masse, a public health expert at the Universite de Montreal, said the rising case numbers in the home are not surprising, given that the outbreak began before inoculations got underway.

"The vaccine prevents, but if (the virus) is already present, it won't help much," said Masse. "It's the equivalent of putting sunscreen on a sunburn."

QUESTION: Why the hell would you give them the vaccine then?

Was it to cause those deaths? Umm.

While he's not surprised to see the outbreak continue to grow, Masse worries it could lead to the erroneous belief that the vaccine doesn’t work, or even that it’s harmful.

You see. If the vaccine is harming people then it is working. He's worried about the stupid masses making that connection. In regards to it 'not working' ie preventing the spread of Covid-19 IT DOESN'T. You really have nothing to gain by taking that vaccine and everything to lose. The vaccine is more deadly than the virus.

The same thing is happening in the United States.

Things seem to be working backwards at The Commons on St. Anthony nursing home in Auburn, New York. Vaccinating people is supposed to reduce or end coronavirus deaths. Right?

But, at The Commons, such deaths are reported to have occurred only after residents began receiving coronavirus vaccinations.

James T. Mulder wrote Saturday at syracuse.com that until December 29 there had been no coronavirus deaths at The Commons.

December 29, when deaths of residents with coronavirus began occurring at The Commons, is also, Mulder’s article discloses, seven days days after the nursing home began giving coronavirus vaccinations to residents, with 80 percent of residents so far having been vaccinated.

Over a period of less than two weeks since December 29, Mulder relates that 24 coronavirus-infected residents at the 300-bed nursing home have died.

Is the timing just a strange coincidence?

My neighbor got a flu shot a few months back and went home where she passed out, suffered a stroke and laid in her chair for 16 hours. That was just a coincidence too. 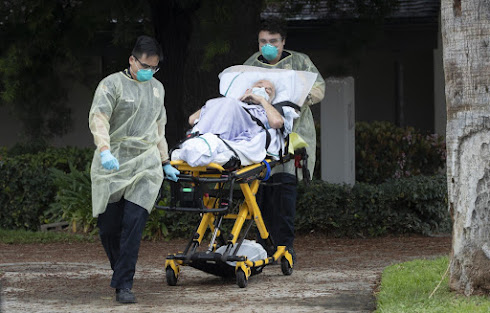